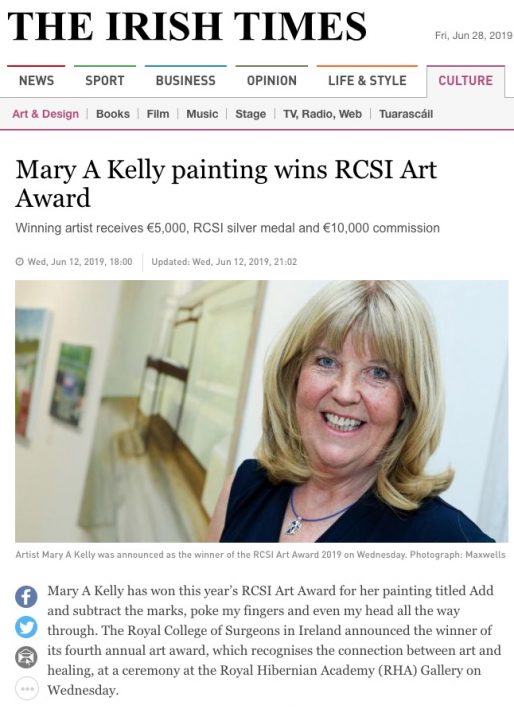 Mary A. Kelly is a contemporary Irish artist and filmmaker. She holds an M.A. in Fine Art from N.C.A.D. as well as a Degree in Film from the Dún Laoghaire Institute of Art, Design and Technology. She also holds a B.A. in Philosophy and Psychology from U.C.D.

Mary Kelly is represented by:

2020
Art that lies beneath: Cry Freedom by Mary A Kelly, by Niall MacMonagle, Sunday Independent, 3 May

2016
Mayo puts Kathleen Lynn back in the frame by Aidan Dunne, April